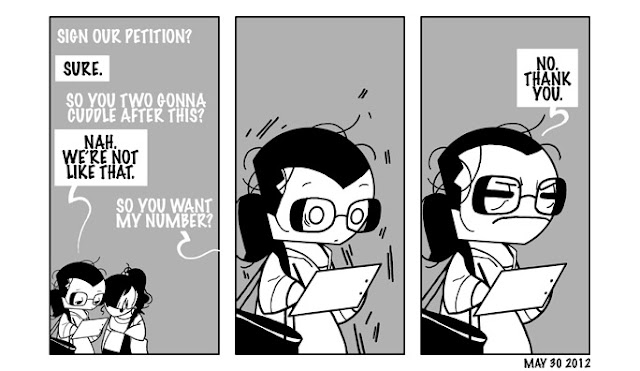 Augh.
How does this even happen?
What is the logic?
And why didn't I just run?
Posted by IniquitousFish at 9:28 AM 6 comments: 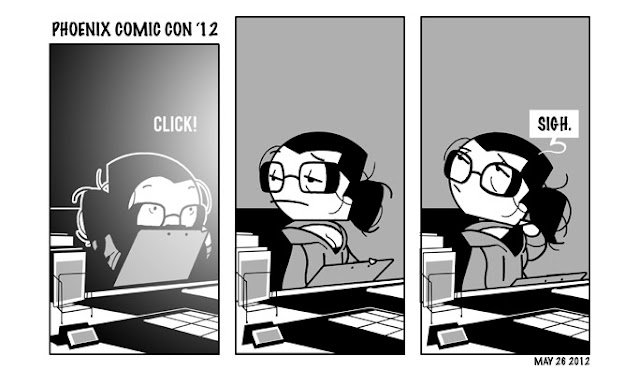 This is not entirely my fault.
My shirts pull down when I sit.
I forget that.
Frequently.

And it gives me adequate pause, when my picture is suddenly taken without my knowledge or consent.
Posted by IniquitousFish at 9:28 AM 3 comments: 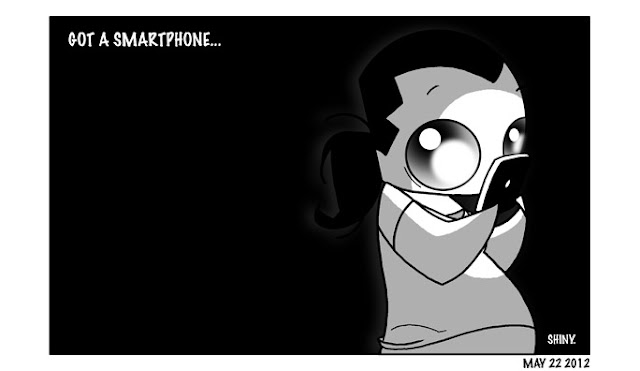 I am late to everything.
Posted by IniquitousFish at 11:58 AM 4 comments: 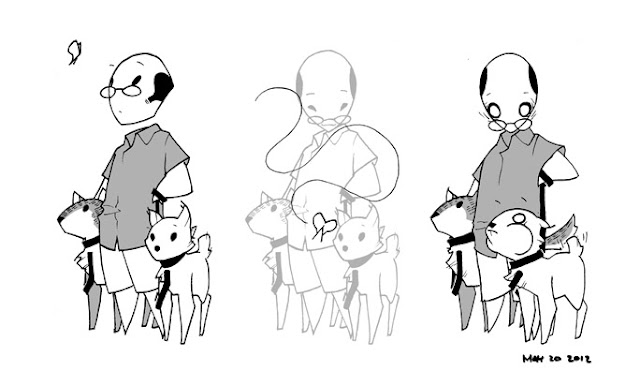 Oh.
Daisy.
Stole this bit of hilarity from my Dad.

Phoenix Comic.Con
May 24~27
Booth #433
Where I will be booth buddies with the wonderful duo at KnowOne's Designs.
(You must click both names to see both of their fabulous sites!)
Be there!
Posted by IniquitousFish at 10:13 AM 2 comments: 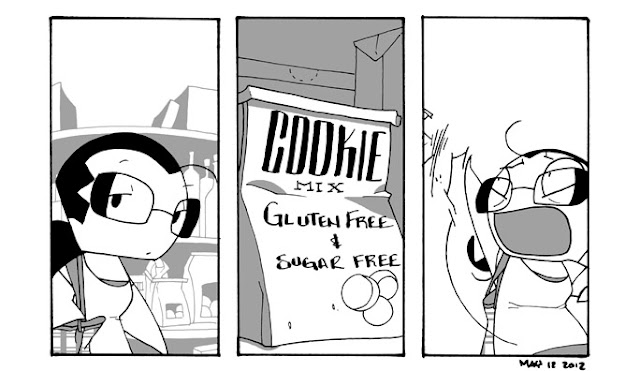 Don't get me wrong, I love me a good cookie.
But if your gonna go crazy controlling every little thing about that cookie, just have the piece of fruit.
It HAS to be more satisfying then the alternative.
Posted by IniquitousFish at 4:00 PM No comments: 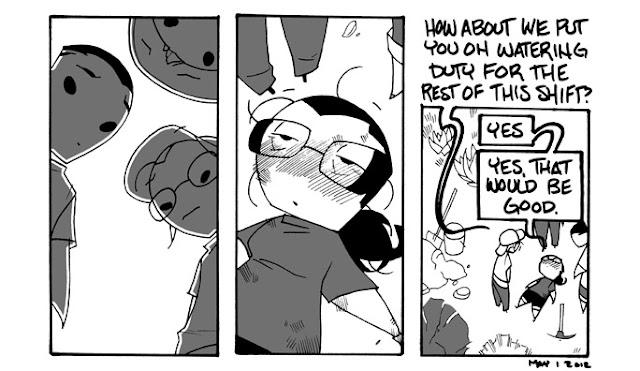 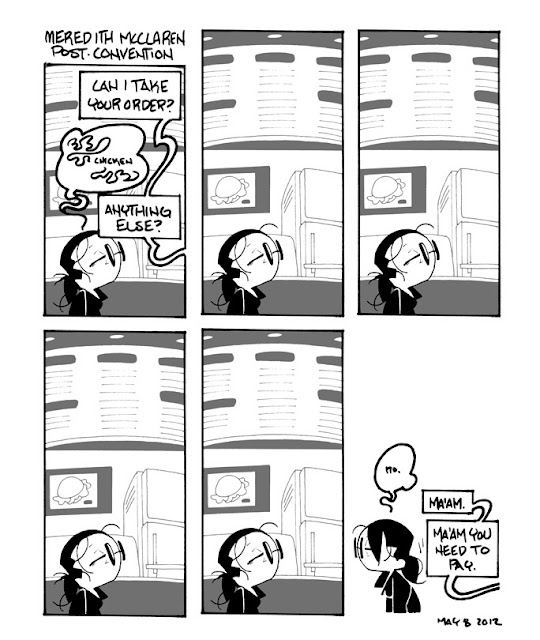 I am truly surprised I ever even made it back to the hotel room.
Posted by IniquitousFish at 2:20 PM No comments: 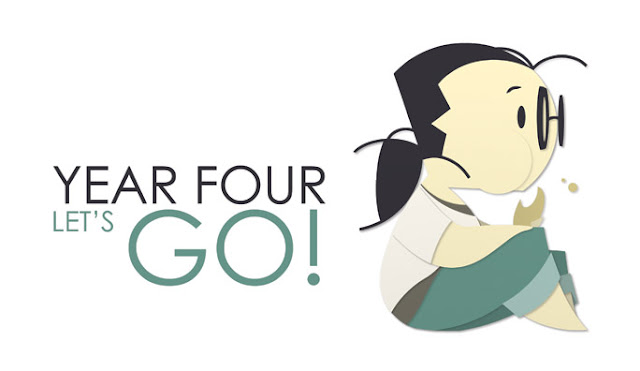 First thing I want to note is that I will be changing the strip structure a little bit in the coming months.
I have had a few ideas I wanted to play with for a while now, but I have been shuffling them off into the corner since a new Scraps year was coming around anyways.
So don't be surprised if a few things are tweaked around with.

Second, and most importantly, is the issue of time.
And my almost complete lack of any of it.
Being that there are a few more projects I'd like to usher into the world, I have made the executive decision:
that Scraps will be cut down by a day.
It will now be a Tuesday/Thursday updated comic.
Hopefully this will give me the extra hours I need to bring more wonderfulness to fruition.
And as a byproduct, my intention is that Scraps will get better too.

So please bear with me!
Changes are coming.
But hopefully all for the better.

Now onward, to a new year!
Thank you.
Posted by IniquitousFish at 3:13 PM 4 comments: