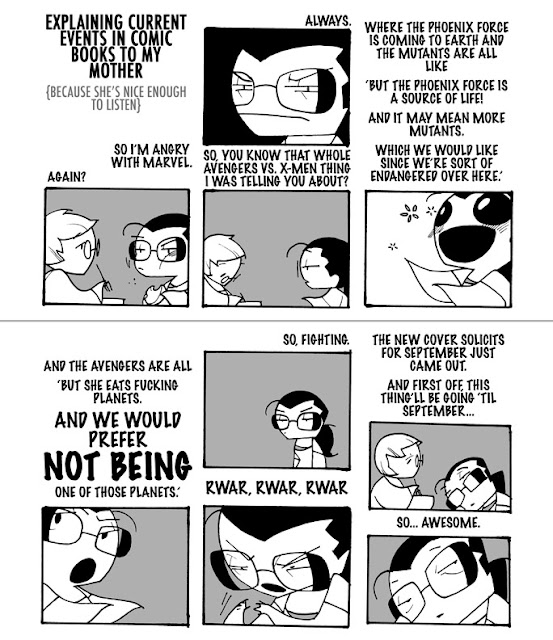 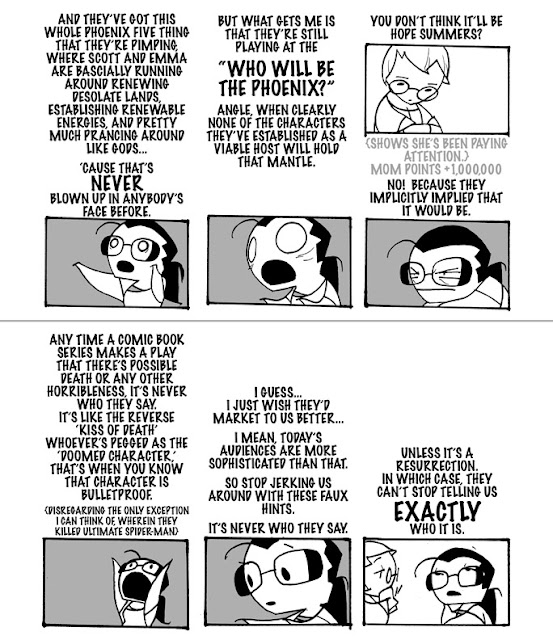 Alright.
I don't want to get dinged on anybody's Marvel filters for having an opinion about this.
And to be fair, DC is just as guilty.
(I'm pretty sure I know exactly where I stand with both of them anyways, so meh.)

But yeah.
This?
I'm tired of it.
And they're already pimping out the next big crisis for October, which leaves me feeling really exhausted.

We need a breather between world threatening events!
If the world's gonna end every other day, it kinda loses its "umpf," you know?

And the world doesn't have to be threatened in a big way even (like it always seems to be.)
Tiny, taut stories can be just as riveting.

And before anyone goes on thinking I'm soured on the WHOLE AvsX thing, I want to clarify that I at least find Scott's feelings towards the Avengers compelling.
He really does come off as run down and cornered by them and I can't really blame him for that.
(I can blame him for the nifty little god complex he's developing... but considering that he's been under just about everybody else's boot, it's not all that unreasonable.)
So in that regard this is at least better than Civil War, wherein the need for conflict felt completely unwarranted.
(Did anyone buy Stark's reasoning?
Not that a viable argument couldn't be made, just saying HIS couldn't hold water.)

...
Speaking of pimping.
Have you seen Kelly Thompson's Kickstarter for her YA novel "The Girl Who Would Be King."
GO!
NOW!
I think it's too late to have it backed in 24 hours, but it can still come damn close!
Let's make this SUPER SUCCESSFUL!
Posted by IniquitousFish at 3:26 PM 2 comments: 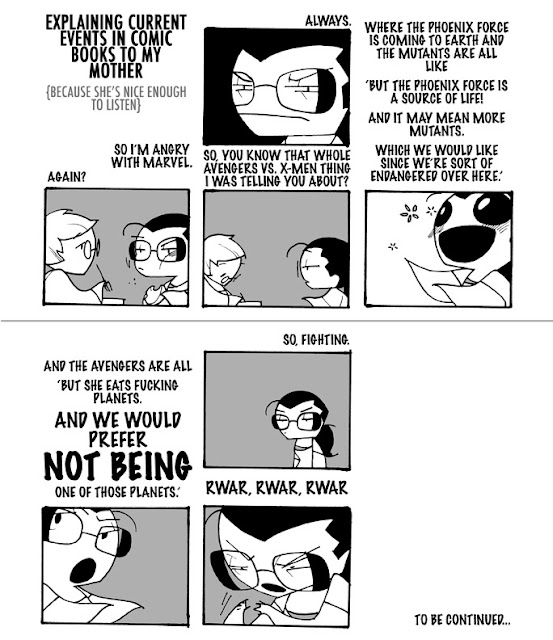 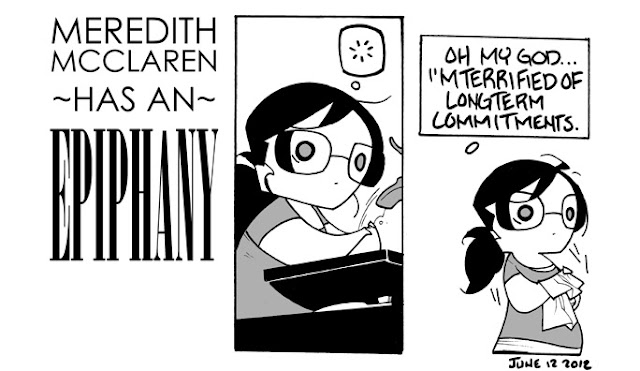 At least in a business sense, I can attest that this is true.
...
It's weird when these things hit you isn't it?
Posted by IniquitousFish at 7:08 PM No comments: 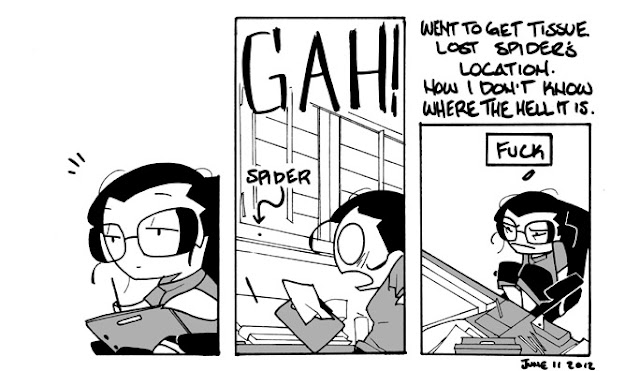 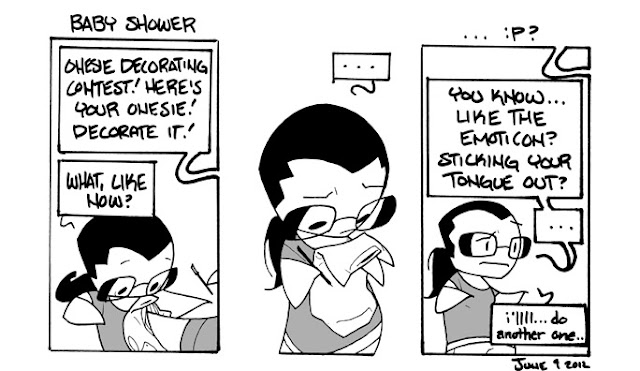 I draw for a living, so yeah, I get the logic and the logic is sound.
But I must fully 'fess, it takes me a reeeaaalllyyy long time to work myself into a state of mind where I'm prepared to draw. 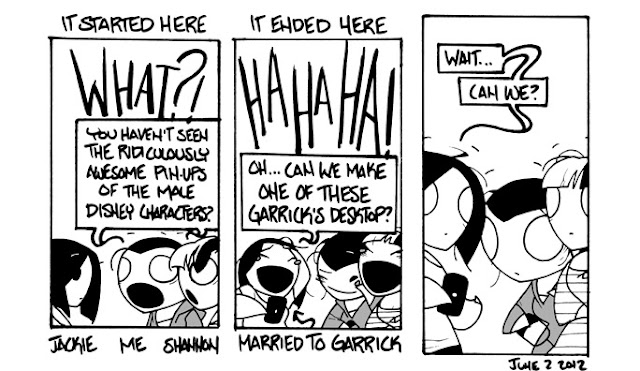 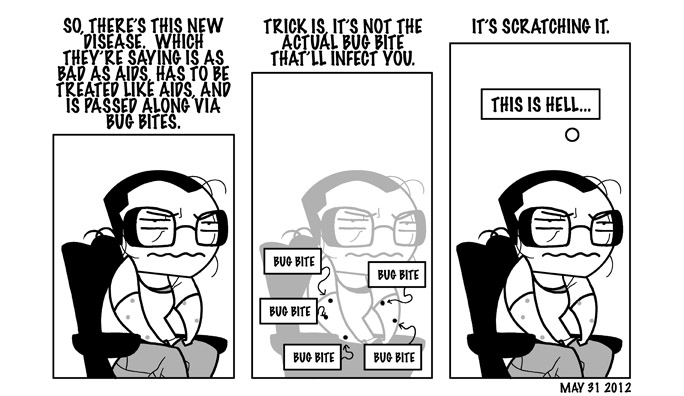